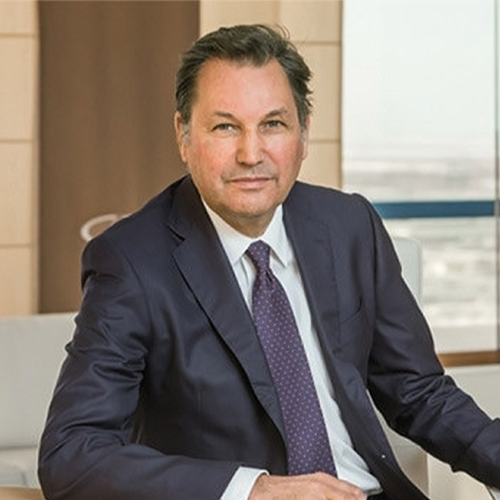 Bo Andersson is CEO of UzAuto and UzAuto Powertrain. UzAuto is the largest Automotive organization in Uzbekistan, producing Chevrolet vehicles; part of government-owned UzAvtoSanoat. Mr. Andersson is leading the turn-around and modernization of vehicle and powertrain businesses, with capacity of over 300,000 units.

From 2017 – 2021 Bo Andersson was president and CEO of Yazaki North and Central America and president of Yazaki Europe. He was responsible for more than 140,000 team members across 28 countries and approximately $8 billion in revenue. In addition, he also lead Yazaki’s global purchasing activities, spearheading its restructuring project.

Prior to joining Yazaki, he was CEO of Bo Group Enterprises from April 2016 through June 2017, after serving as president of JSC AvtoVAZ for three years. As the first foreign president of the largest Russian car manufacturer, Andersson was focused on improving AvtoVAZ’s product portfolio and increasing brand attraction. During his first two years, the company launched 14 new vehicles and began aggressively reforming the business.

Before joining AvtoVAZ, Andersson was president of GAZ Group, the oldest car plant in Russia and the country’s largest manufacturer of light commercial vehicles, buses, and off-road heavy trucks. From 2009 to 2013, he led the company’s turnaround from losses of $1 billion to an EBIT performance of 10.3 percent in 2012.

A native of Falkenberg, Sweden, he holds a bachelor’s degree in business administration and law from Stockholm University and completed the Advanced Management Program at Harvard Business School in Boston. Andersson is a graduate of Sweden’s Military Academy, having served in the army as an officer holding the rank of major. He was nominated for „Person of the Year 2015“ by the Russian business newspaper Vedomosti for his transformative work at AvtoVAZ.